Difference between revisions of "Anibal Santaella" 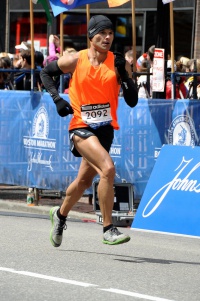 I used to start my personal statement by stating “As an Engineer and athlete (I am a marathon runner)” but now I realized that the best way to start is “As a human being” because I have become aware that regardless of what country we come from, education level, title, economics, each one of us plays a role in the world’s sustainable evolution.

I have been involved with Bitcoin since mid-2015. At that time, I was living in Venezuela and the hyperinflation had started to affect me, so I started mining as a way of earning an extra income. One year later my lovely wife and I would become immigrants and a new journey begun for us.

Since the beginning of 2017, I decided to go deep with Bitcoin (I would better say I fell down the Bitcoin rabbit hole 🕳🐇). I am mostly curious about exploring the interaction between economic, social and technological aspects that decentralized digital currencies and blockchains (distributed ledger technology) bring to the world. These innovations are nascent industries with a long way in front and I firmly believe in their potential, thus, I resolved to run the Crypto Marathon.

To be part of the bitcoin community has been one of the most wonderful experiences in my life, but now I would like to join my passions Bitcoin and running and find a way to link them